You are in: News 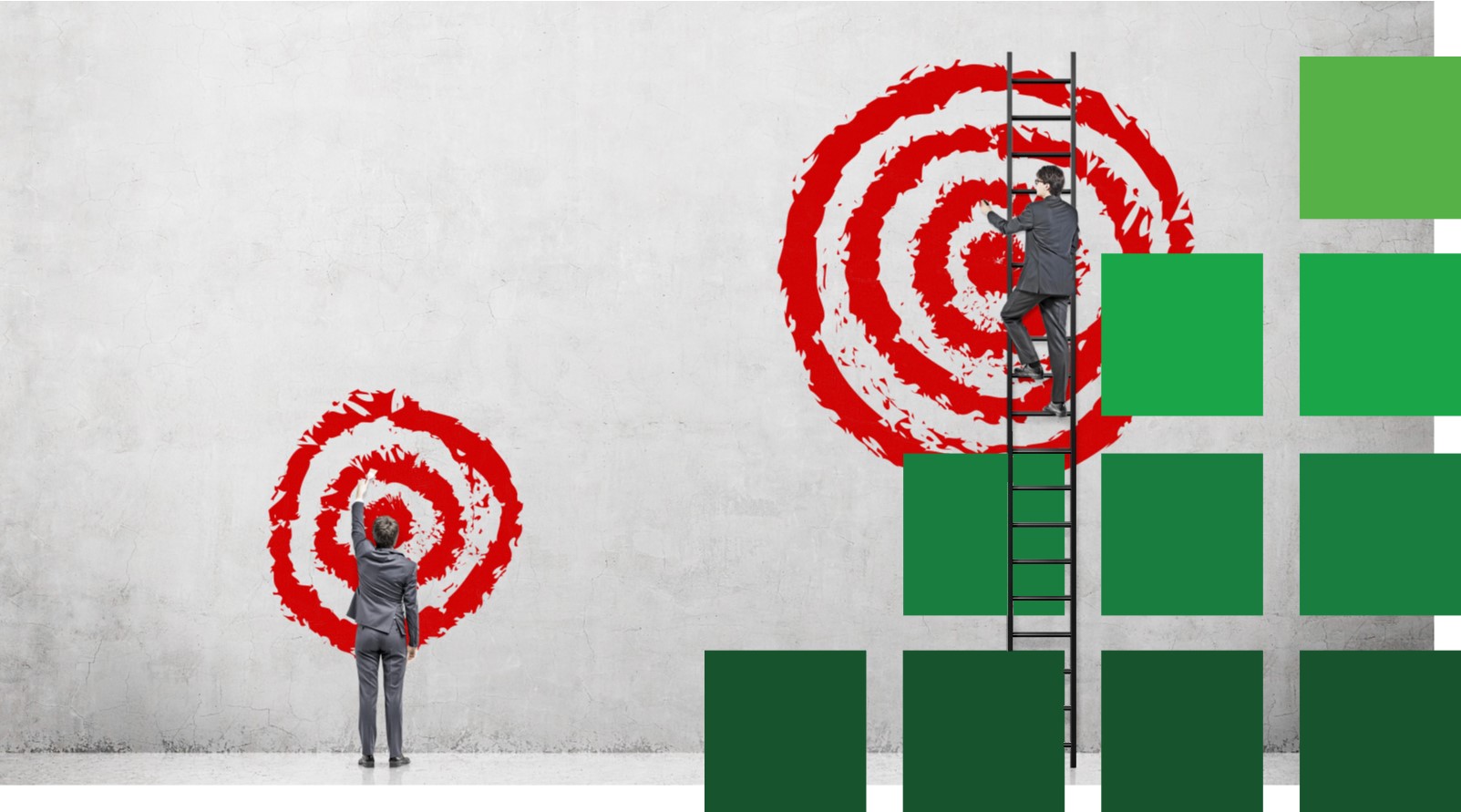 Bookmakers make their living from motivating people to act when faced with uncertainty. They are experts at triggering excitement and engagement around processes which have an expected outcome but a strong element of chance involved. Most manufacturing processes are the same- broadly predictable but with an element of chance built in.

Zero-Loss Analysis underpins the core Chartwell methodology - we help our clients to compare their output or yield to a theoretical perfect-world scenario. This would be a world where the bottleneck process runs at full speed all the time and every atom of raw material gets sent to the customer as final product. Achieving 100% against a zero-loss metric is not a realistic goal, nor is the purpose of the exercise of doing zero-loss analysis goal setting- rather it is to ensure that when we prioritise the opportunities available for improvement: nothing is taken for granted or assumed so we can reveal all the opportunity.

Having seen the scale of the opportunity and the data-driven methods used to determine it, the natural question that to ask is- if 100% is not a reasonable goal- what should my goal be? Benchmarking is one common solution - I’ve often heard it said that OEE over 80% counts as ‘world-class’- some people take this as their goal. Others seek a similarly data-driven way of calculating the target from the OEE. Personally, I prefer to look at the purpose of setting a goal in the first place, and work back from there.

So why do managers set goals and targets for their employees? At one level there’s a degree of command and control- there is a business plan which requires certain thresholds to be met for output, quality and cost- for the business plan to be executed successfully there’s certainly a need to cascade these down from the global EBITDA target to the targets for individual sites and teams. However, I think that one of the main reasons we set targets for our teams is to motivate the individuals in that team to achieve more. To understand how to best set a motivating target, especially on a hour-by-hour or shift-by-shift basis, we therefore need to better understand the psychology that underpins human motivation, especially when faced with uncertainty.

One group whose whole livelihood depends on motivating people when faced with uncertainty is bookmakers. Globally, gambling is a $465bn industry and much of that success is due to bookmakers’ abilities to keep people coming back for more. The truest exemplar of the fine-tuning of that ability are the fixed-odds betting machines, more commonly known as ‘fruit machines’ or ‘one-armed-bandits’. The last two decades have also seen an explosion of their online equivalents. Sheffield band Arctic Monkeys reference the ability of such machines to enthral customers in their 2006 hit The View From The Afternoon: “I wanna see you take the jackpot out the fruit machine/ And put it all back in”[1]. So what are the psychological principles behind the attractiveness of the fruit machine, and how can we draw parallels for setting targets in a manufacturing environment?

The designer of a fruit machine wants their punters to put as much money as possible into the machine whilst paying out the minimum they have to in order to achieve that. Evidently the extremes of paying out most of the stake and never paying out are no good to this end: a machine which pays out 99.9% of the money that’s put in will undoubtably be popular but will struggle to turn a profit; equally a machine which has never paid out in the collective experience of all its players would need an extraordinary jackpot to continue to attract customers. The art (or perhaps more accurately the science) of setting the odds on a fruit machine is to find the optimum ratio between these two ends.

However, it’s not as simple as simply finding the optimum ratio of money wagered to winnings: multiple other factors drive the time and money that people will spend with a one-armed-bandit. Natasha Schüll, a professor at MIT has compared the characteristics of the fruit machine to the 4 requirements for the state of ‘flow’ first popularised by psychologist Mihaly Csikszentmihalyi. The term ‘flow’ describes a mental state where the activity is so engrossing the hours seem to pass like minutes. Schüll gives the four conditions for flow as: ‘[F]irst, each moment of the activity must have a little goal;second, the rules for attaining that goal must be clear; third, the activity must give immediate feedback; fourth, the tasks of the activity must be matched with challenge.’

Let’s look at how the fruit machine designer can best fit the players’ experience to achieve this state.

Let’s look at a few different production scenarios and see how we can use these characteristics of successful fruit machines to develop the best ways of motivating a production team.

In Scenario 1 we have a process with a zero-loss output of 100 units per hour. Here we can see a snapshot of the last 24 hours’ production.

The process has an average hourly output of just over 70 units per hour. Let’s look at the effect of a few common suggestions for targets for this process: 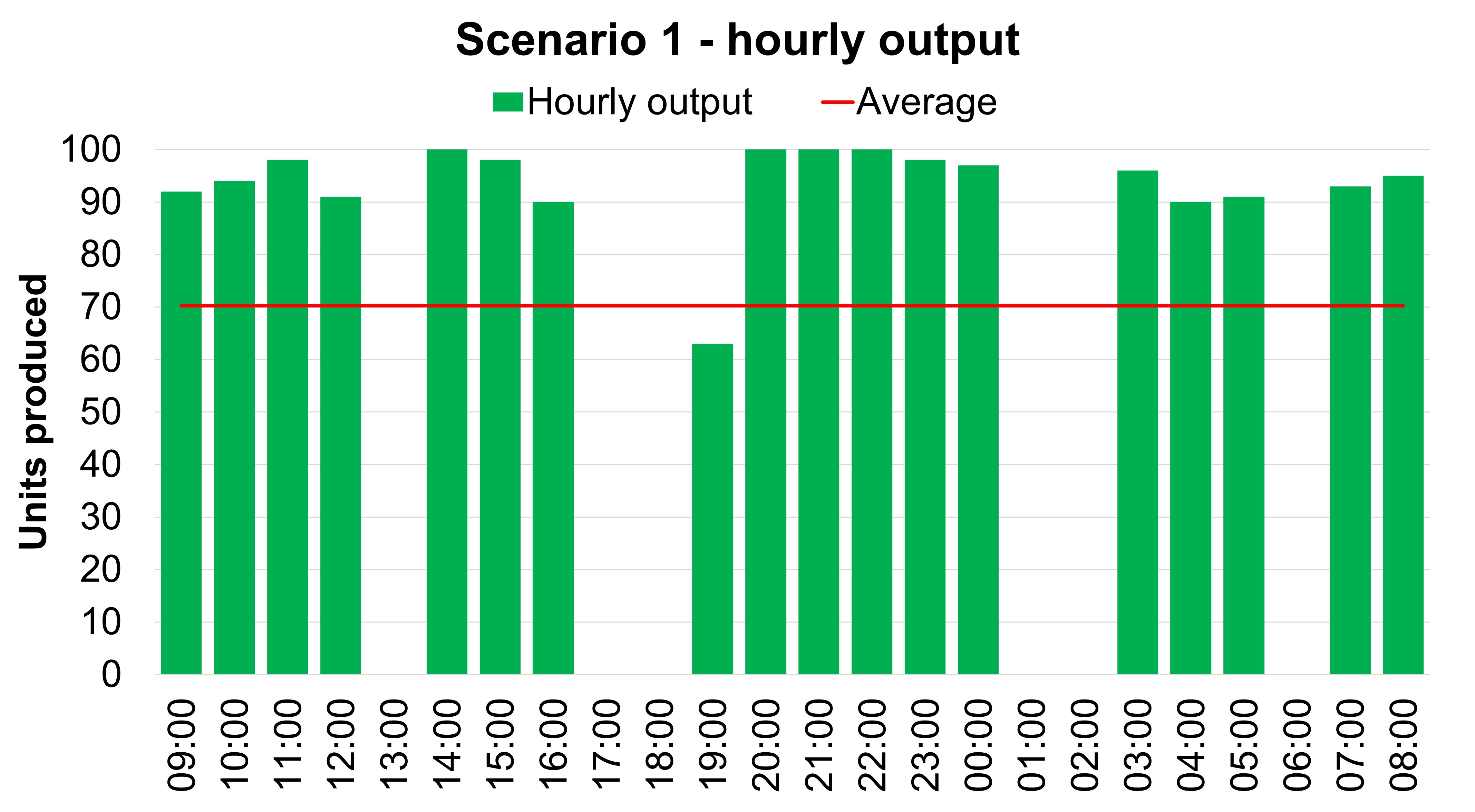 Use the average as a target/add an arbitrary percentage to the average and set that as the target. In this example this approach fails to engage any of the criteria from the fruit machine. In the ‘good’ hours, with output in the range 90-100 units, a target of, say, 77 U/h will completely fail to engage the challenge criterion as the target is facile to achieve in almost every hour. Equally, there’ll be no cause to celebrate on hitting the target- we almost always do. Equally, when we don’t, a target like this isn’t helping us in the hours where nothing is produced.

For a process like this, returning to the target’s end goal will help us understand how to set the most motivating goal. Our purpose by setting the target is to engage the individuals involved in the process to achieve more than they would without the target. So in this case a target in the high 90s will push the team to achieve their very best. Whatever the difference between a 92 unit hour and a 97 unit hour- be that faster manual processing, responding faster to a jam or swapping out the label reel for the printer, a target of 97 will bring out the team’s best and bring an incremental gain as with 6 minutes to the hour and 87 units on the pallet the team leader calls for that extra effort to hit the goal.

The challenge for the hours with no production remains in this scheme. Whatever these events are, downtime, frequent product changeovers or necessary cleans, a clear time target based on how long those events can take will bring the best from the team.

The output in scenario 2 is much more consistent- again the average is just over 70 U/h, but here the range of hourly outputs only varies between 60-80 U/h.[3] With a relatively stable production process like this an arbitrary target like average + 10% (77 U/h in this case) might be hit relatively seldom: in this data set the target would only have been hit twice, with a couple of near misses. 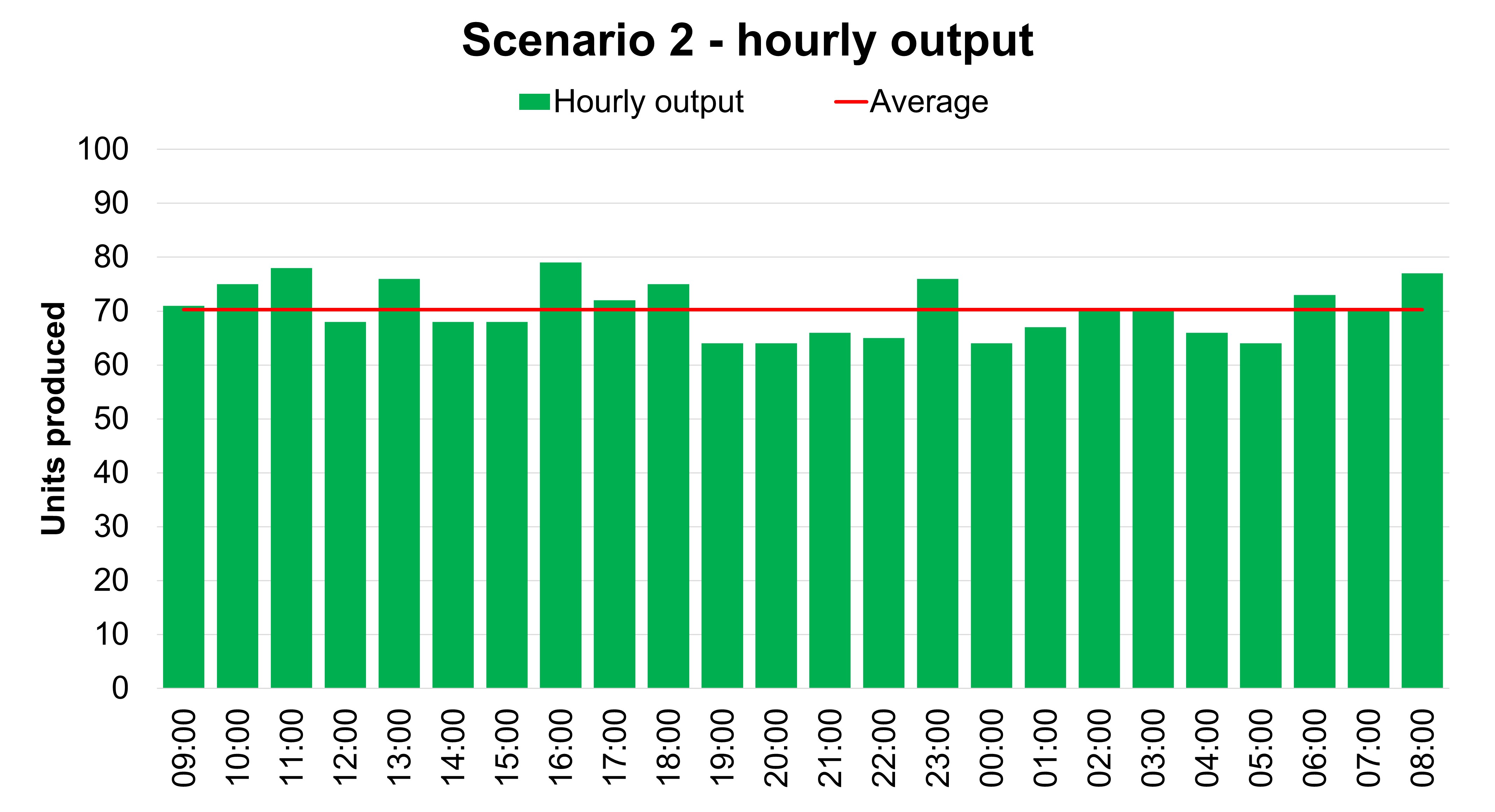 Achieving a target only 8% of the time could be demotivating for the team - it certainly won’t have been motivating during the hours with production in the low sixties. For a process like this, there are a number of approaches to build motivation: one might be to look at the data on a shorter timescale- if the process is made up of 10 minute runs with 5 minute changeovers a 10 minute timeframe might be more appropriate to motivate. Another would be to use two motivation systems in parallel- setting a target that can be achieved much of the time to motivate at the lower end of performance and to help set up a culture of achievement combined with a leaderboard for the shifts with the most output per hour ever, to motivate at the top. In this scenario, a target of 66 U/h is achieved 80% of the time- crucially 33% of the hours fall into a range of ±2 U/h around this target, making it motivating a significant proportion of the time.

These different scenarios show there’s no golden bullet or hard and fast rule for setting a motivating target at an hour-by-hour or shift-by-shift level for a production team, which will help push them to be at their very best every day. What is clear is that approaches based on historical average output will only achieve their function of motivation in quite specific circumstances, an approach based on looking at how often the team gets close to a given target and deciding based on data about how often you want them to hit that target will be the most effective approach. Blankets over different product or activity types can render the goal meaningless to those actually undertaking the task, undermining the whole approach.

Setting motivating targets is just one piece of the much wider improvement landscape- in some processes it can be the single key factor in a step change improvement, an effect I discussed in our Summer 2020 newsletter[4]. It’s important to remember that what’s right for a production line hour-by-hour and what’s best for a whole department month-by-month are very different- audacious goals with the resources to achieve them can lift the whole level of day-to-day operations by 20-50% in just a few months.

[1] The next line “You've got to understand that you can never beat the bandit, no” hints that the psychology being used in this fashion is not without its ethical consequences.

[2] Although not necessarily the goal that more money is won than has already been put into the machine.

[3] I know you’re wondering what happened at 19:00- these are randomly generated data so there is no real reason for the ‘post dinner dip’!

See if you are connected already: